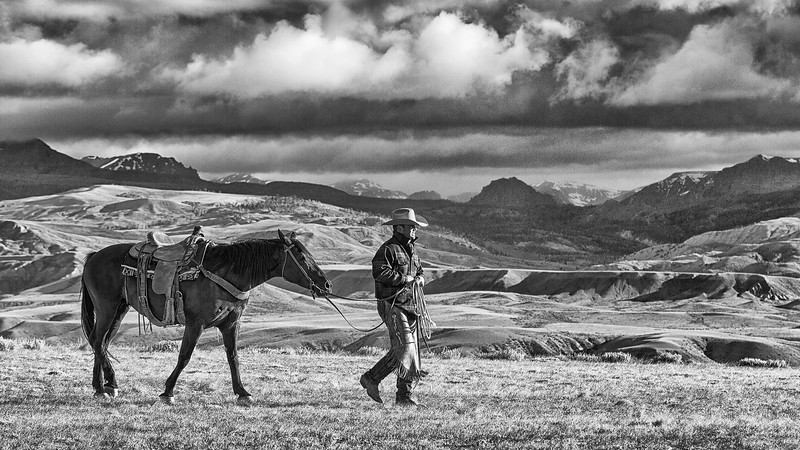 This show won the Gold Medal for monochrome photo shows in the Photographic Society of America's 2016 annual Projected Image Division's Photo Essay Competition. It also won first place in the 2017 Delaware Photographic Society's annual photo show competition. It features a song written and performed by Anna Stockdale, who worked during the summer of 2013 at the CM Ranch in Wyoming when I met her. She has since graduated from Texas A & M, married and is getting into the music business. I hope you enjoy both the photo show and Anna's lovely song, "Still Standing". You can buy Anna's "Still Standing" and a few of her other songs at http://annastockdale.bandcamp.com. September 2019 update: Anna just released her first album, which is under the Store tab at https://annastockdale.com/store. She wrote all songs and the album was recorded with the band she has formed and is touring with. I love it! My favorites are “Not Like You’, “Heartless” and “Black and White”. Please check it out!